Chronicles of Andren Keep, by Tibbald the Librarian

The Chronicles of Andren Keep

It is with utmost curiosity that I take the task to chronicle the events surrounding Andren Keep.  Our collection of books is meager at best, and the stipend I receive is far more a courtesy of the Castellan than any earned payment of a service I provide.  Thus, I deem it appropriate to use my gift as a scribe to keep these aged hands from losing their precision.

I have seen many groups of odd bands venture forth for gold and glory, but I have seen few so fortunate as the one that departed on Wednesday, January 11th.  Whether their tales are to be believed or not, the amount of wealth they recovered in an afternoon's time is absolutely astounding.  They returned with bags of coin and jewels, and more interestingly, with a weapon of note that was ancient enough for me to not recognize.  Even so, the inscription on the blade was an easy decipher.  Alberranoc, literally "Change Ender." Paired with the depiction of a serpent burying its fangs into the neck of a wolfman, I informed Toly, the wielder, that it was likely the bane of many lycanthropes.

Perhaps more astounding was the fact that each of those who left returned in one piece.  Some jeered in disbelief when Merk, the Dwarf, boasted that he survived the venom of three serpents.  Osmond reportedly avoided the lunging strikes of five cobras at once, to which some rightfully criticized him for getting close enough to draw their ire.

Frederick's countenance had gone from mischievous to grave and fearful.  I could scarcely get a word before he fled to the Temple.  Albert was much more forthcoming.  He told me that Frederick had been possessed by one of many evil spirits that haunted the crypt's halls, but the holy men, Michael and Odrick, held them at bay until they could be sent to the life beyond.

Nickar visits the library often, and his wordless frenzied studying suggested that he found something of interest.  Jonathon, who Nickar affectionately calls "Moose," hovered for an hour or so before Nickar angrily tossed him out.  I curiously took a peek outside an hour later.  Surely enough, Moose was still waiting patiently.  Moose professes that he's still just a farmer and not a bodyguard. An odd relationship.

With their profound luck, I would be surprised if this lot did not set out once more.  I eagerly await their success.  Perhaps there's aught to be learned of this crypt. 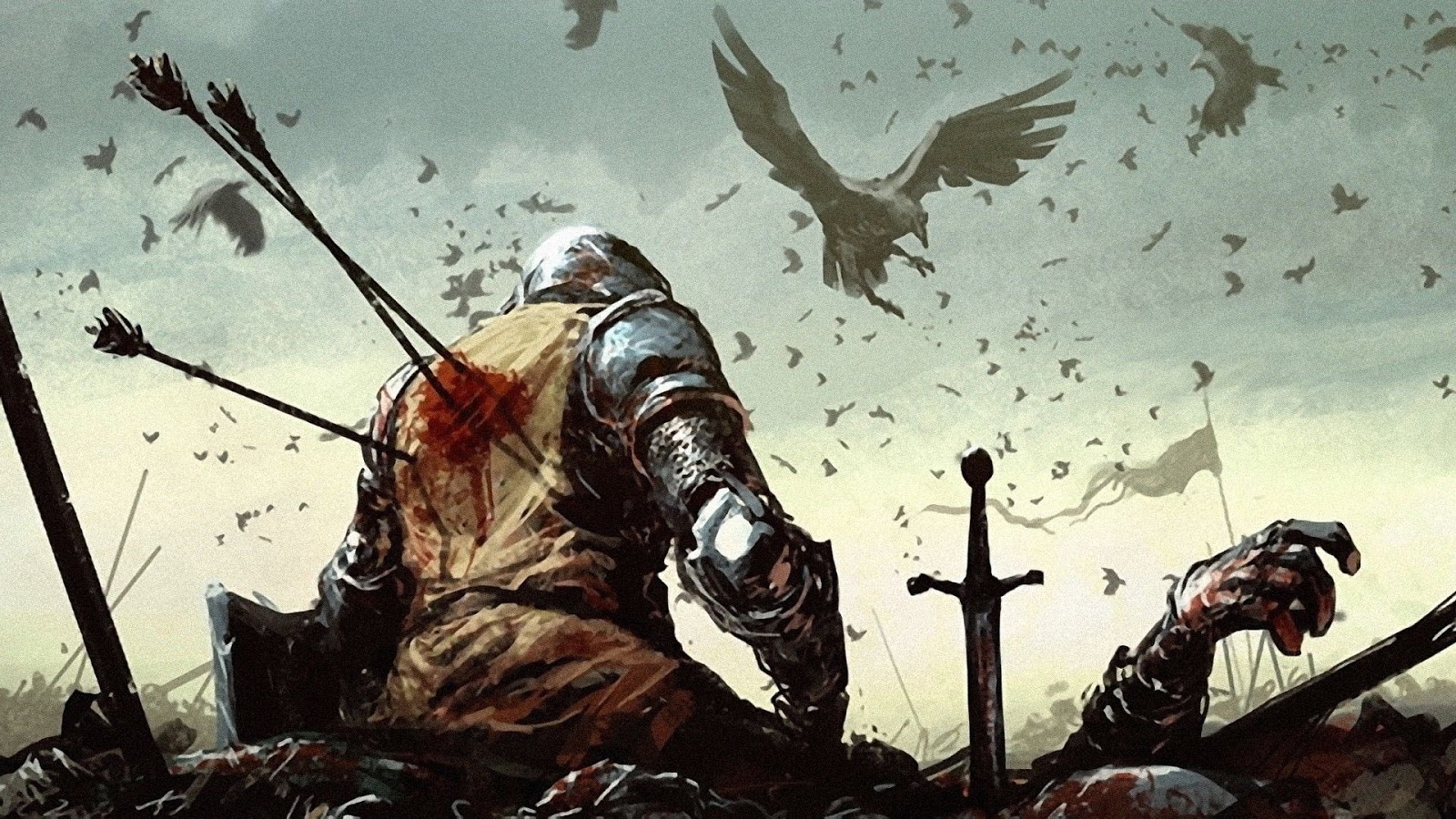 Part One: My Trek to the OSR. (Skip to Part Two if you'd rather just talk shop) When I first joined the RPG hobby, I was enamored by system complexity. I'm not like many in the OSR who come from a background of long nights with D&D in their youth, experiencing the rollercoaster of developments in the system through the years. I grew up on Final Fantasy, Dragon Quest, Star Wars (not the prequels, mind you), Stargate, and a scant few fantasy novels that I'd sneak in from time to time. By the time I entered the Tabletop Role-playing scene, customization was all the rage.  My experience growing up with MMORPGs and JRPGs made me a perfect candidate for the build-obsessed WotC era D&D player. I spent hours upon hours engaging in whiteroom theory crafting exercises, trying to eke out the highest maximum benefits for games that hadn't even started yet. Compared to the peak of 3.5e (which I probably would have adored were it my first introduction), Fifth Edit
Read more

- April 21, 2020
Lamentations of the Flame Princess is struggling. There appear to be many contributing factors, some likely due to the consumer base losing steam, but a fair amount stemming from a willful injection of anti-Lamentations hysteria. For the latter reason, I believe it's worth evaluating just what people are opposing here. It all started with that damned picture.  He posed for a picture with Jordan B. Peterson. Normal people will ask one of the two following questions:  1. So what? 2. Who is Jordan B Peterson? Jordan Peterson is a clinical psychologist from the University of Toronto. With regard to Jim's life, Peterson wrote a self-help book (called 12 Rules For Life) that encourages you to make positive changes that have rippling effects on personal growth. So what's the big deal? Peterson is also a figure who presents himself as a canary in the coal mine (not unlike most conspiracy theorists) with regard to Cultural Marxist influences in Academia. His influence grew exponenti
Read more