Showing posts from June, 2020
Show all

I Experienced A Shitty Player Today 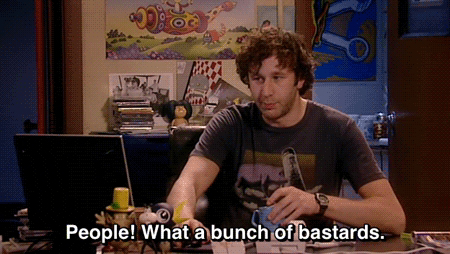 Today, I had a player leave my game. For the first time I can recall, I had a player leave because he didn't like the system.  But was the system really the problem? I don't think so. He was a 5e player, incredibly excited about the idea of Lion & Dragon. He said he was excited about medieval role-playing, that he felt as though D&D didn't really scratch that particular itch for historical accuracy. I briefed him on how this would be VERY low magic and very grounded in medieval realism.  I welcomed him aboard with open arms. Problem is, he brought his presuppositions from 5e with him in spite of my warnings . I should have seen the writing on the wall after he argued with me about the possibility of a 6 INT Cleric in a game where a 6 is only a -1 and a Cleric is really a Templar Knight with miracles.  He got me very pissed off (an incredible feat) and I was tempted to ask him to leave then and there, but I deescalated and we were cool. I should have know
3 comments
Read more
More posts